Formed in 1996 with a passion for luxury bathing, Victoria + Albert Baths is now recognised internationally for creating iconic pieces from our world-class Volcanic Limestone™ composite, QUARRYCAST™.

In 1996, Two South African brothers, Nico and Alwyn Neethling, had developed an innovative composite material made from a rock we now call Volcanic Limestone™ and mixed with resin. The unique properties of the material made it both beautiful and hardwearing. British entrepreneur, Chris Davies, realised the potential for the composite within the bathroom sector and the partners began casting the first traditional freestanding baths in a factory in Worcester, Cape Town.

In 2001 The first contemporary bathtub was launched to accompany the now hugely popular traditional collection. In 2007 The first ‘rimless’ bath, the Napoli, was launched and sold out on the first day! The model won a Designer Manufacturer Award Commendation and later received a Platinum ADEC Award and GOOD DESIGN award. 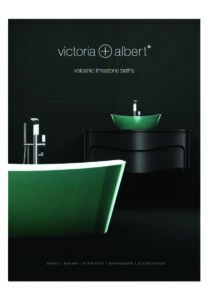